What Makes a Will or Trust Invalid 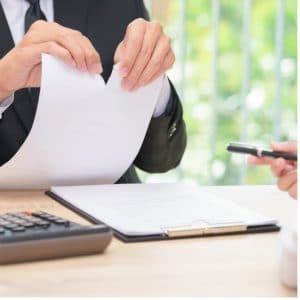 Attorneys often answer questions relating to the validity of Estate Planning documents. Sometimes, the testator or grantor simply wants to ensure that the documents carry out their last wishes. Other times, a beneficiary questions the terms or amount of their inheritance. Finally, loved ones have concerns that the Estate Plan does not accurately reflect the true intent of the testator. Let’s look at what could invalidate a Will or Trust.

Aside from undue influence or lack of capacity, any Will or Trust not executed with the requisite formalities is invalid. Most states require the presence of two witnesses who watch the testator sign, all of whom sign in the presence of a Notary Public. Although Trusts do not always require that level of formality, sometimes the testamentary provisions of a Trust will not work unless they are executed with the same formalities as required for Wills.

While these examples seem like they are out of a novel or movie, these things happen often. For example, Brooke Astor, a New York City philanthropist was abused and exploited by her only son who isolated and manipulated her to gain control of her assets, including millions of dollars that she wanted to give to charities. Brooke’s physical and cognitive impairment, dependency upon her son, and isolation made her susceptible to undue influence. If you have concerns about a parent or loved one and their ability to create a plan without influence, raise the issue with a qualified Estate Planning attorney. Likewise, if you worry that your plan may be invalid, it’s a great time to contact an attorney to review and update the plan. Making sure that your assets get to the intended beneficiaries requires more than just good documents. It requires an attorney well-versed in the issues raised above.