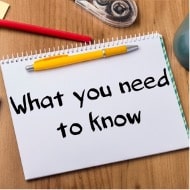 After more than a year of debate over the provisions of the “Build Back Better Act,” President Biden signed the newly titled “Inflation Reduction Act” (the “Act”) into law on Tuesday, August 16, 2022. While the Act represents a scaled back version of the Build Back Better Act, it embodies the goal of reshaping the U.S. economy after the pandemic. Fortunately for Trust and Estate Practitioners, the Act did not make any changes to the estate and gift tax. Instead, the Act focused on climate, healthcare, and income tax issues by lowering prescription drug costs, health care costs, and energy costs. For the first time, its legislation aimed directly at the climate crisis. According to whitehouse.gov “no one making under $400,000 per year will pay a penny more in taxes.” The package is expected to raise over $700 billion in revenue over the next decade with the vast majority of that coming from reductions in drug prices for Medicare recipients and tax hikes on corporations. Significant revenue should also come from expanded Internal Revenue Service (“IRS”) enforcement funding over the next ten years. The Act allocates approximately $80 billion to the IRS which has suffered from underfunding in recent years.

Although the Act makes no changes to estate and gift taxes, it makes two significant changes to individual income taxes. First, it lengthens the limitation on pass-through business losses enacted by the 2017 Tax Cuts and Jobs Acts for two additional years, through 2028. Second, the Act extends the expanded health insurance Premium Tax Credits from the American Rescue Plan through 2025 for both high-income and low-income households by allowing higher-income households to qualify for the credit and boosting the credit for lower-income households. In addition to individual income taxes, the Act imposes a fifteen percent (15%) minimum tax on corporate book income for those corporations with profits over $1 billion for tax years beginning after December 31, 2022. Estimates indicate that this alone will bring in over $300 billion in revenue. The Act also creates a one percent (1%) excise tax on the value of stock repurchases during the taxable year with exceptions for stock contributed to retirement accounts, pensions, and employee stock ownership plans.

In addition to the above tax changes, the Act caps the amount that individuals on Medicare pay for prescription drugs bought at a pharmacy at $2,000 per year effective in 2025. It also limits the amount that those on Medicare will pay for insulin to $35 per month. The Act provides access to numerous free vaccines for Medicare beneficiaries. The Act lowers the cost of prescription drugs by allowing Medicare to negotiate the price of high-cost drugs and requiring drug manufacturers to provide a rebate when they raise prices faster than inflation. The Act extends subsidies in the Affordable Care Act for those purchasing insurance through the Marketplace.

Finally, the Act takes the most aggressive action on climate and clean energy in American history by including tax credits for the installation of efficient heating and cooling equipment. The Act also provides credits for home construction projects involving windows, doors, insulation, and other weatherization measures that prevent energy from escaping. The Act provides tax credits for the purchase of electric vehicles and gives direct rebates to individuals buying energy-efficient appliances.

It’s encouraging to know that this year will not be as tumultuous as the last several years have been for Trusts and Estates attorneys. It’s easy for practitioners to explain the changes made by the Act to their clients and to assure them that they need not adjust their existing estate plan because of the Act. It remains unclear whether additional bills will make changes to the tax code that may require action. Representatives Cohen and Beyer recently introduced proposed legislation titled the “Billionaire Minimum Tax Act” in the House of Representatives. Stay tuned to see if the Billionaire Minimum Tax Act or any other legislation becomes law.