The Evolution of our Unified Estate and Gift Tax System 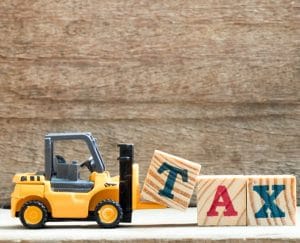 Estate planning attorneys often tell clients that even if you don’t have an estate, you need an estate plan. Estate planning involves more than planning to avoid the estate tax, although understanding the estate tax and its impact on a plan are certainly required. Until 1916, the United States did not have an estate tax. The Revenue Act of 1916 assessed taxes on estates (“Estate Tax”) based upon the value of an individual’s assets as of the date of death when President Woodrow Wilson signed legislation creating it. The first iteration of the Estate Tax allowed an exemption of $50,000 with rates ranging from one percent (1%) to ten percent (10%) on estates over $5 million. Thereafter, the rate jumped to twenty-five percent (25%) for estates of $10 million.

Originally, the Estate Tax was imposed to fund the United States’ involvement in the first world war and even after that war ended, the Estate Tax stuck. The Revenue Act of 1924 increased the top tax rate to 40% on estates over $10 million and for the first time, added a gift tax on transfers during life (“Gift Tax”) when it became clear that wealthy individuals found a way around the Estate Tax by transferring wealth during their lifetimes. The Gift Tax was short-lived because it was repealed in 1926 while the Estate Tax rate was lowered to 1% for estates below $50,000 and 20% for those over $10 million. In the decade between 1932 and 1942, the Gift Tax was reinstated, and the Estate Tax and Gift Tax were increased while the exemption amounts were lowered. Estate Tax rates climbed to their all-time high of 77% for estates over $50 million in 1941.

After the Gift Tax became permanent, individuals again found a work-around to avoid taxation on transfers by skipping over their children and making transfers to their grandchildren. In response to this, Congress passed the Tax Reform Act of 1976 (“1976 Act”) introducing the Generation-Skipping Transfer Tax and unifying the Estate Tax, the Gift Tax, and the Generation-Skipping Transfer Tax. This unified regime exists to this day. The 1976 Act also capped the Estate Tax and Gift Tax at 70% for estates over $5 million. The Economic Recovery Act of 1981 phased in an increase in the unified tax transfer credit from $47,000 to $192,000 and a decrease in the maximum tax rate from 70% to 50% and eliminated the limits on estate and gift tax marital deductions. The Taxpayer Protection Act of 1997 phased in an increase in the amount excluded from taxes from $600,000 in 1997 to $1,000,000 in 2006.

In 2001, the Economic Growth and Tax Relief Reconciliation Act of 2001 (“2001 Act”) reduced the maximum estate tax rates from 50% in 2002, to 45% where it remained until 2009 while increasing the exemption amount gradually until it reached $3.5 million. The 2001 Act repealed the Estate Tax and Gift Tax altogether in 2010. In 2011, the exemption amount was raised to $5 million and adjusted for inflation, while the top tax rate was lowered to 35%. In 2013, the top tax rate was raised to 40% which is the current rate. The Tax Cuts and Jobs Act of 2017 temporarily doubled the exclusion amount from $5 million to $10 million, as adjusted for inflation, which is the current law and which is set to sunset on January 1, 2026, if not sooner.

For a short time in 2021, it appeared that sooner had come when in September, Congress released proposed legislation containing proposals eliminating the benefits of numerous tried and true Estate Planning techniques which would have had serious ramifications for many Americans. Those changes included acceleration of the reduction in the estate tax exemption amount, taxation of formerly non-taxable transactions between grantors and grantor trusts, eradication of valuation discounts, elimination of stepped-up basis at death, and increased tax rates. Those changes were eliminated and now the Build Back Better Act seems to have become a distant memory with little chance of passage.

One of the many interesting things about the Estate Tax was that it was designed to prevent dynastic fortunes. When one-third of the top 50 wealthiest Americans on Forbes’ annual list are heirs, it seems clear that the Estate Tax has failed in that respect. With the current exemption of $12.06 million at its highest amount ever, individuals can transfer substantial assets at death or during life. Last year only 1,275 estates in the entire country owed Estate Tax, despite the historic amassing of wealth by the very richest.

For those willing to talk with a qualified Estate Planning attorney and plan for the transfer of their wealth, it’s possible to pay little or no estate taxes, essentially making the Estate Tax voluntary. If you have questions about whether your estate might be subject to Estate Tax at your death, it’s vital to talk to an Estate Planning attorney about your concerns. Even if your total assets fall below the current exemption amount, you should plan for the transfer of your assets to your desired beneficiaries at your death. The new year makes a great time to plan for the future and ensure your legacy.